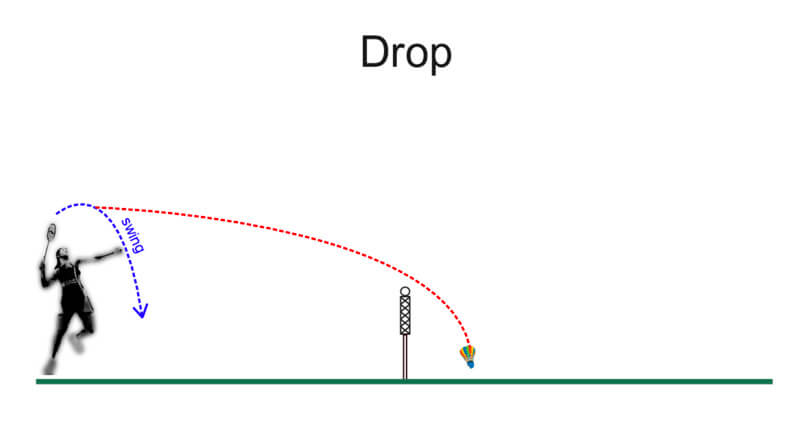 Executing the badminton drop shot with forehand is very common because it is very difficult to master with backhand. Even the best players prefer forehand more than backhand because they cannot execute it so well.

There are two kind of badminton drop shot: slow and fast.

Like you can see from the pictures the idea of the slow drop shot is to land as close as possible to the net which gives you an opportunity to hit the shuttlecock in his/her back court.

The basic idea of fast drop shot is to catch opponent from bad positioning or off balanced and force him/her to make bad return which gives you an opportunity to make the kill.

There is basically three parts in badminton drop shot:

When training try to make the shuttlecock go as near as possible from the net but not touching it.

Wrist plays a big role in this shot so make sure you focus on that.

You only need two players for this drill.

Player 1 starts on one side of the court near service line. He/She should have couple of shuttlecocks near.

Player 2 stands near the mid court on the opposite side of the court.

Player 1 hits high deep serve in the direction of the player 2 (who performs the drop shot). Player 2 should try to land the shot before the short service line as close to the net as possible without player 1 to be able to keep the shuttlecock alive.

You can do this drill ten times and after that change the roles. One way to make this interesting is to make this a competition. Both one gets couple of turns and the one with more landed drop shots wins.

Even though this can be a competition the quality of the execution is important. Keep the eye on the grip, technique, swing and footwork. 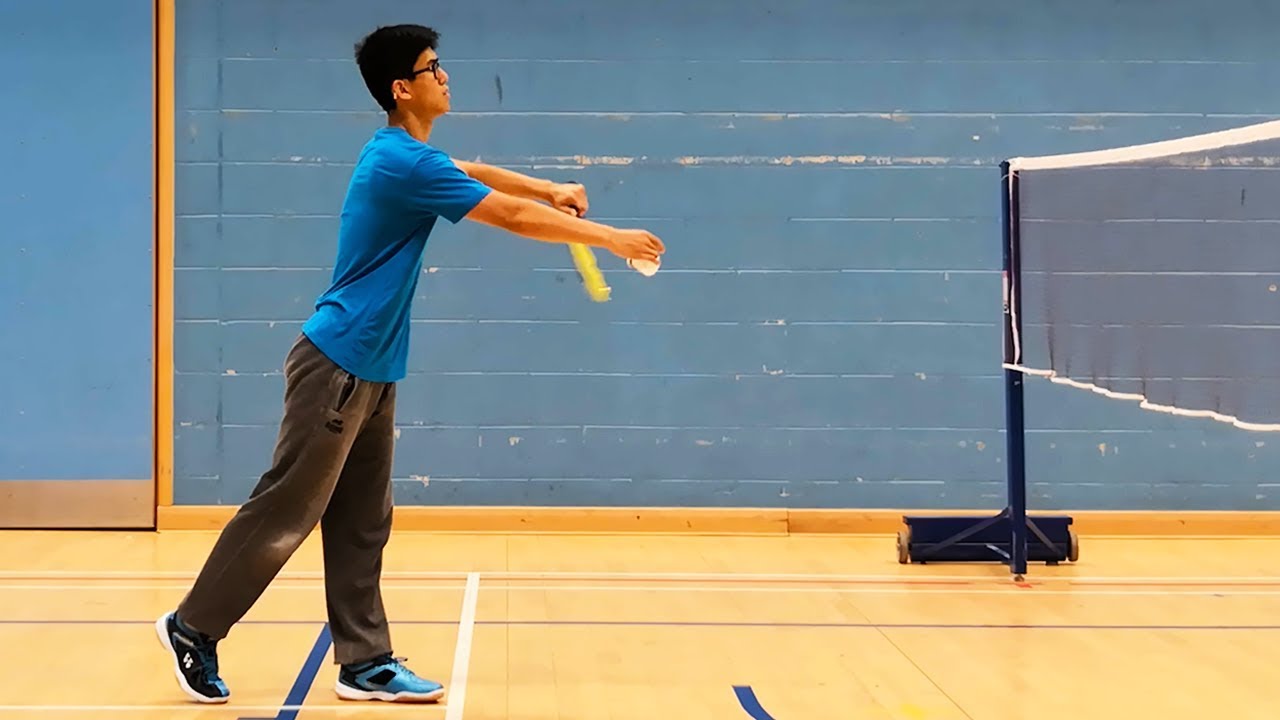 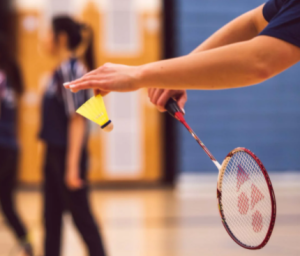 How Did Badminton Become An Olympic Sport

Badminton was earlier known as battledore and shuttlecock in 1800s England and Europe, and poona in India. Despite its rich…

Badminton Tactics For The Winner

It does not matter if you are the greatest server or shooter, or if you have the best footwork in…